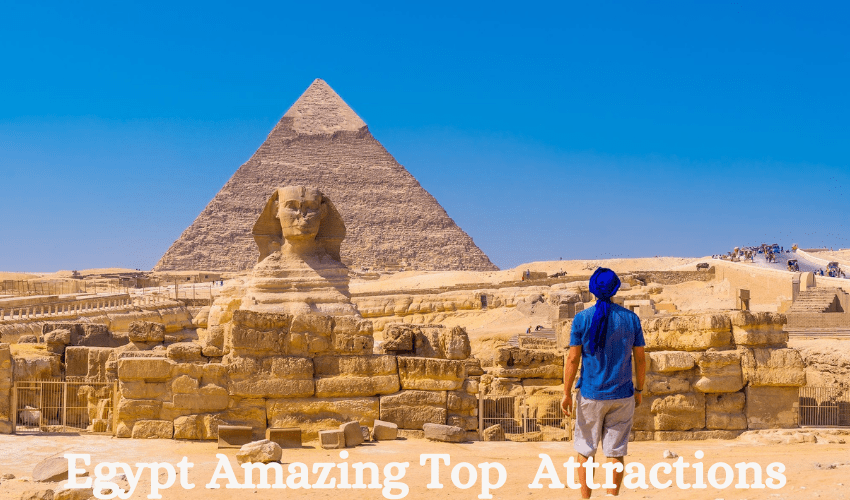 During this 6-day trip around Egypt, start and end in Cairo while exploring multiple majestic places in between. In the capital, see highlights such as the Egyptian Museum and Pyramids of Giza before setting sail on the Nile Cruise to see the ancient sites in Aswan, such as the Philae Temple that dates back to 690 BCE. End your trip seeing the ancient temples at Kom Ombo and Edfu in Luxor before heading back to Cairo to catch your flight home.

Welcome to Egypt! After arriving in Cairo — one of the largest cities in Africa and in the Middle East — your tour coordinator will transfer you to your hotel. After check-in, you will be free to relax and catch up with rest in time for a busy day of exploring tomorrow. If you feel well-rested, you can get an early start to exploring the city and venture out to try some authentic Egyptian local cuisine.

Excursion to the Egyptian Museum and Great Pyramids Of Giza

After breakfast, you will meet your Egyptologist who will accompany you on your day exploring the city and its sites. Begin the day touring the Egyptian Museum. The finest museum of Egyptian antiques in the world, it contains pharaohs' treasures dating back more than 5,000 years. The building is rectangular with a large rotunda on the ground floor containing massive exhibits, including colossal statues of Ramses II — get the best views by looking down from the upper galleries. The gold and alabaster trappings from the tomb of Tutankhamun (Tut) always draw crowds, too. Many of the Tutankhamun tomb treasures have been on display in museums around the world — including the golden mask — yet this one exhibit has always remained in Cairo.

Next, make your way to the famous pyramids in Giza. Start by visiting the pyramid of Cheops, which is the only survivor of the Seven Wonders of the Ancient World. It was built as a tomb, with the shape intended to help the spirit of the dead pharaoh rise to heaven. Next, visit the pyramid of Chephren. The best preserved of the three main Giza pyramids, the top portion still retains the original face of smoothly finished stone, offering an idea of how the pyramids would originally have appeared. Beside Chephren is the great Sphinx, which is carved out of natural rock. Then stop by Mykerinos, the smallest of the three pyramids. Following the tour in Giza, enjoy a meal at a local Egyptian restaurant nearby. Then head back to the city to enjoy the evening in Cairo at your leisure.

After breakfast and checking out at your hotel in Cairo, meet your tour coordinator who will help you transfer to Cairo Domestic Airport for your flight to Aswan.

Upon arrival, you'll board a Nile Cruise that will take you to your hotel for check-in. After settling in, you'll head out for a day of sightseeing around Aswan. Stops include the Aswan High Dam, built in the 1960s and completed in 1970. It was an engineering marvel at the time, as it increased Egypt's cultivable land by 30 percent and doubled its electricity supply. Next, visit the Unfinished Obelisk. It was built to be placed in Karnak Temple in Luxor and to complement the Lateran Obelisk. However, in 1458 BCE, it was abandoned due to cracks that appeared in the granite. Then, head to Philae Temple. There were once temples at Philae — construction began in 690 BCE — dedicated to the goddess Isis. The complex was moved from its original location on Philae Island to Agilkia Island due to the construction of Aswan High Dam. You'll board a small boat to learn more about the temple here.

Visit the temples at Kom Ombo and Edfu

The next stop on your trip will be to see the temples at Kom Ombo and Edfu. Sail to Kom Ombo to see the Temple of Sobek and Haroeris, dedicated to the crocodile god (Sobek) and falcon god (Haroeris). Many of the walls of its courts, halls, sanctuaries, and rooms are still intact, along with wall carvings and statues. Then, visit the Temple of Horus at Edfu constructed between 237 BCE and 57 BCE. It is one of the best-preserved shrines in Egypt, and inside you can still make out many of its inscriptions. Head back to Aswan, where you'll spend the night.

Head out from Aswan for a full day of sightseeing in Luxor. Visit the Valley of the Kings today to see rock-cut tombs for kings and powerful nobles (including Tutankhamun) dating from the 16th to 11th century BCE. Stop at the Colossi of Memnon to see the ruins of Amenhotep’s memorial temple. What remains are two imposing statues of Pharaoh Amenhotep III that were erected to guard the temple's entrance. Then head to Hatshepsut Temple. The memorial of Queen Hatshepsut is the focal point of Deir el-Bahri, a complex of mortuary temples and tombs.

In the afternoon, visit Karnak Temple, one of Egypt’s largest surviving temples. It was once a key religious center. You'll also see the famed Luxor Temple, a large temple complex located on the east bank of the Nile River. It was founded during the New Kingdom, around 1400 BCE.

Luxor to Cairo for flight home

Your tour coordinator will escort you to Luxor Domestic Airport for your flight back to Cairo, and from there, you will take a flight back home. Safe travels! 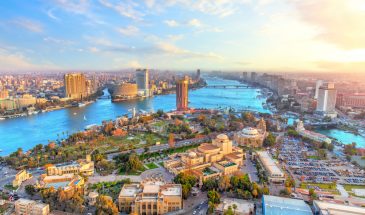 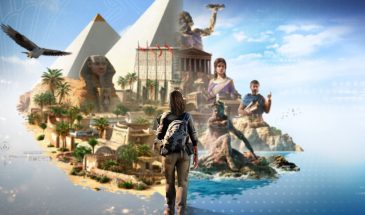